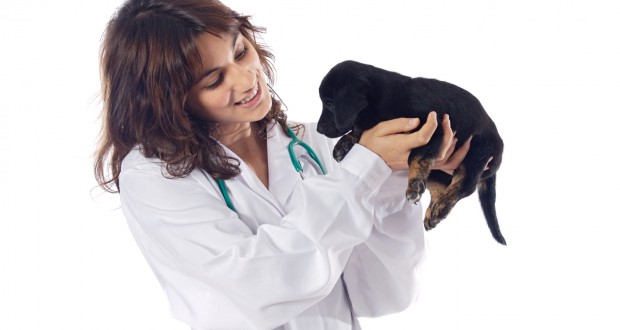 Below are four of the most unusual holiday-related claims Pets Best has processed recently:

Costly Croissants
For many, baking is a holiday tradition. From breads to decadent desserts, there’s usually something special in the oven during the holiday season. A 2-year-old Siberian husky named Zoey really bit off more than she could chew when she decided to eat a whole box of frozen croissants. Due to the high amount of yeast in bread dough, a veterinarian induced vomiting and monitored Zoey for hypoglycemia and signs of ethanol toxicity. After a short hospitalization, Zoey was well enough to return to her terrible twos in the comfort of her own home. Pets Best reimbursed Zoey’s parents 90 percent of their veterinary bill after their deductible was met.

Not-So-Cozy Slippers
The arrival of cold winter weather requires most people to pull out cozy blankets, warm robes and fuzzy slippers. Teddy, a 5-year-old Great Pyrenees, has always been a fan of shoes, but there was something extra enticing about those suede, fur-lined slippers his owner pulled out of the closet. Teddy gave in to his temptations and ended up in the hospital after digesting the top of his owner’s slipper. Teddy showed signs of blockage, and during his hospital stay, he experienced bouts of vomiting, producing large and small pieces of slipper. Pets Best reimbursed Teddy’s owners 70 percent of their veterinary bill after their deductible was met.

Holiday Meal Mishap
Turkey is commonly served during the holiday season, and for one mischievous 7-year-old Labrador retriever mix named Darsha, it was the meal of a lifetime. Once her family was finished with its Thanksgiving meal and had moved on to clearing the table one item at a time, Darsha made her move. She lunged at what was left of the golden turkey carcass sitting on the edge of the dining room table and devoured the entire carcass within seconds. The result was an emergency visit to the vet clinic for evaluations and diagnostics. Darsha made it home that evening with medication and a relieved family. Pets Best reimbursed Darsha’s owners 70 percent of their veterinary bill after their deductible was met.

Sugar Cookie Surprise
When the holiday season ended, it was time for Lily, a 5-year-old Maltipoo, and her parents to prepare for their journey home. The suitcases were packed and ready to load into the car when Lily smelled something delicious inside the front zipper of her parents’ bag. Lily ripped open the flap and found two dozen, homemade sugar cookies. Luckily, she was caught in the act of devouring them. Due to the high concentrations of sugar and fat in sugar cookies, they can cause upset stomach and pancreatitis among dogs. Foods with high sugar content can also cause an osmotic effect in dogs’ gastrointestinal tract by drawing water into the colon, resulting in diarrhea. Lily was rushed to the veterinary hospital for a thorough evaluation, which resulted in a medically induced vomiting. Once the cookies were out of her system and Lily was cleared to leave, she and her parents were able to finally head home. Pets Best reimbursed Lily’s owners 80 percent of their veterinary bill after their deductible was met.