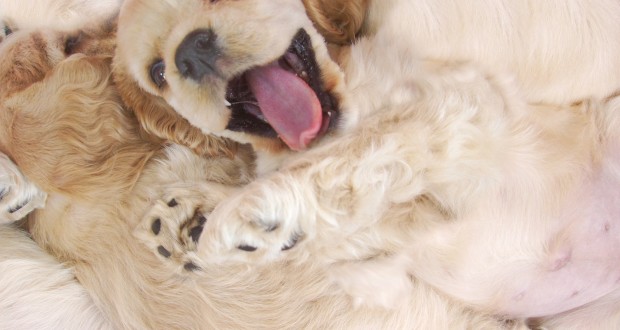 My “non-expert” opinion on the way a lot of people communicate with their dogs is that they don’t understand that dogs do not think the same as humans. We want to imagine our dogs as four-legged, fuzzy toddlers, and in a sense they are, but they learn very differently from a human toddler.

I see it all the time with friends and family. My mom absolutely adores her dogs. But she also lets them rule the house because she says she doesn’t want to be “mean” to them. In return, those dogs have trained her really well! In Think Like Your Dog, leading dog trainer Dianna M. Young and award-winning journalist Robert H. Mottram explain how by thinking like your dog—and by learning to speak your dog’s language—dog owners can take communication to a whole new level. Think Like Your Dog takes readers inside a dog’s head and explains the processes that go on there.  Moreover, Think Like Your Dog explains key principles, that when properly applied, will reward the owner with a happy, disciplined dog and fulfilling companion.

A comprehensive guide based on decades of experience, How to Think Like Your Dog addresses such topics as:  choosing a canine companion, understanding the importance of socialization, learning to speak the language of dog, achieving basic, intermediate and advanced obedience training, successfully integrating a new puppy into one’s life, solving problems and more.

In the excerpt below, Young describes a situation where her client had really good intentions, but just didn’t understand exactly what she was training her dog to do.

I had a training client in Seattle who lived in a magnificent home near the beach. She brought her new nine-week-old terrier pup home and set the pup up in a puppy playpen in the living room of her beautiful home. In the pen with the pup she put food and water – which was a mistake – and a kind of pad that you can buy in pet shops that soaks up urine. The pads are disposable, and when the puppy wets on them you throw them away.

Well, the puppy kept busy soaking up pads, and the woman kept busy throwing them away, and I assumed that this is where she intended for the puppy to relieve itself. Finally, however, in week three of our training, I asked her, “Don’t you want the puppy to go potty outside?”

“Of course,” the woman replied.

A look of surprise came over the woman’s face. She hadn’t realized she could do that. I suggested how to go about it, and in less than a week, the puppy was housebroken. Goodbye absorbent pads, and goodbye annoying mess on the radiant-heat living room floor.

The lesson here is that you need to think carefully about what you want a new dog to learn, and then go right for the target as soon as the dog moves in with you. There’s no point in training it first to behave one way and then to behave another.

You should be ready to begin positive training the first hour your new dog is in the house. Your dog can handle it. As a canine, he’s probably sensitive to the fact that rules abound everywhere, because every pack, whether it’s canine or human, maintains and enforces its own rules. If you take him to one doggy day care on Tuesdays and another on Fridays, for example, he quickly will learn the differences between the rules that the two doggy packs enforce. He’s good at that. He just wants to know what the rules are.

As the leader, you should make all decisions for your new puppy or new adult dog, just as a canine leader would do. You decide, for example, when feeding time occurs, and present the food to your dog, rather than let the dog come to you and demand to be fed and have you comply. Another example: You take charge of all home security. You assess situations and declare what is and is not a threat. Those situations involve everything from mail carriers to meter readers to unannounced guests. You communicate your decisions to your dog. And you find a nice, comfortable place among the family where your dog can lie down, and you teach him that this is the place where he should do it.

It is important for a family to discuss ahead of time exactly what a new dog’s rules will be. Will the dog be allowed on the couch? On the beds? Will he get scraps from the table? May he dig holes? Chase cars? Rules vary dramatically from household to household. There are no universally good rules or bad rules. What is important, and a kindness to the dog, is to communicate your rules clearly and to have every person in the house enforce them consistently.

For more information visit www.howtothinklikeyourdog.com. The book, Think Like Your Dog and Enjoy the Rewards is available as a paperback and eBook edition.

About Robert H. Mottram
Robert H. Mottram is a lifelong animal lover and award-winning writer who spent more than forty years in daily journalism as an Associated Press correspondent, newspaper reporter, feature writer, columnist and editorial writer. The former president and chairman of the board of the Northwest Outdoor Writers Association and the author of three previously published books, Robert is a recipient of more than forty national and regional awards for reporting and writing, including two national Best of the Best awards for feature writing. 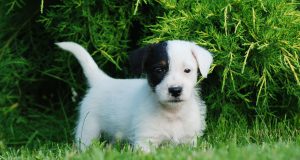 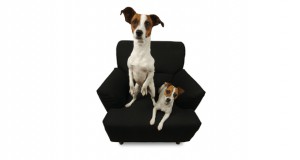 Holiday Tips for a Happy Dog 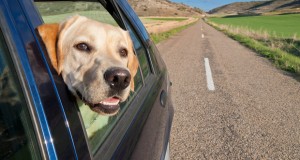