My sweet Ollie passed away in April and his bowl, collar, and leash still sit in a bag in the garage because I don’t know what to do with them. I’m not ready to throw them away, but I’m also not ready to use them for any other dog. I’m sure I’m not the only one who has been in this situation. What is a dog owner to do?

I came across this unique idea for Ollie’s collar and now I hope it comes to fruition. The Collar Keepsake turns your dog’s collar into a memorial. This project has not yet been fully funded and creator Kent Ambler has started a Kick Starter campaign to bring his idea to the masses.

“I had a rescue dog that died suddenly . . . and I wasn’t ready for it,” said Ambler. So, as part of
his grieving process and as a way to honor his beloved dog, Ambler created a wooden block that
incorporated the pet’s collar as its one-of-a-kind frame. He then placed a picture in the center and hung
it in his house. The response from friends—and pretty much anyone else walking through his door—was
overwhelmingly positive. Not only did people like it, but they wanted one for themselves. And so, not long after, Collar Keepsake was born.

Ambler has tweaked the design and streamlined the manufacturing process by developing an injection
mold for the three-piece, minimalistic frame. Each backplate has a built-in notch for hanging, and it
uses friction, as opposed to screws or nails, to stay in place. The glazing (the transparent front of the
frame) is made of sturdy, clear polycarbonate. The end product is a simple, yet very personal—and very
attractive—frame that celebrates your dog or cat by transforming the one thing your pet never went
without into a timeless focal point.

The goal of Ambler’s crowd funding campaign is to raise enough money to produce the molds and
begin manufacturing the product within sixteen weeks. 10% of all profits that are raised will be donated
to organizations that are committed to rescuing animals. And, as with all Kickstarter projects, there are
thoughtful rewards for Collar Keepsake backers, including some of the artist’s own work. 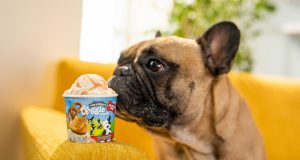 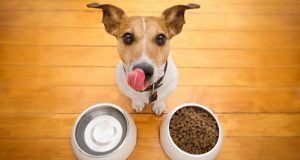