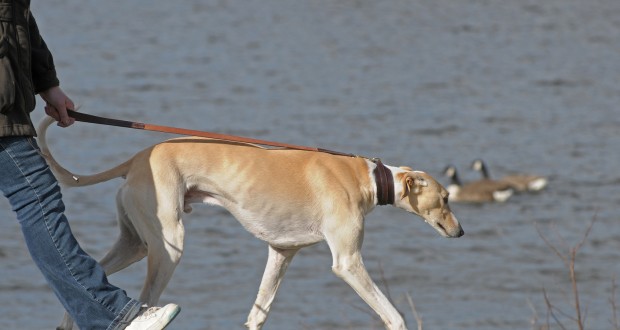 Tens of thousands of greyhounds are bred every year for the 27 racetracks in the United States, according to the U.S. Humane Society. They’re intentionally over-bred so there will be ample to replace old and underperforming greyhounds at the tracks. Each year, thousands of these retired dogs do not find a home; they are killed.

“These dogs have feelings and intelligence, but they are treated like racing slaves so people can gamble,” says retired police officer Irvin Cannon, a dog lover whose book, For the Love of Dog Tales (www.FortheLoveofDogTales.com), gives voice to man’s best friend. “Who is the winner in this scenario?”

The Humane Society estimates thousands of retired racing dogs are put to death every year. Rabbits are another industry victim; thousands are maimed or killed in the race-training process.

Cannon says there are some things to remember for those considering adopting a greyhound:

• They typically don’t have issues associated with abuse: Greyhounds may not get a lot of love in the kennels, but are not oftenabused by track personnel. They tend to respond to fear and violence by either freezing in place or running. Since they are trained to chase rabbits, they may be inclined to pursue small running animals.

• Greyhounds tend to be intelligent, timid: These dogs are considered gentle and reserved, but stubborn. If they sense they can take control, they will, so owners should quickly establish authority.

• Not used to other breeds: Greyhounds are born and raised around people and other greyhounds only. They may become confused or frightened by other dogs, and may need to get accustomed to cats.

• No fat, little hair: No dog should be left outside in the cold or heat. Greyhounds are especially sensitive to extreme temperatures and rain.

• Sweet affection: They do not bite; they show affection by licking, leaning and rubbing, much like cats.

Although there is a well-known and dedicated effort to find homes for aged-out greyhounds, Cannon said there is only one way to fix the racing industry – it must be ended. There are several national and international groups trying to put a stop to greyhound racing and gambling, including the Humane Society, and People for the Ethical Treatment of Animals. Until then, Cannon hopes these gentle dogs find homes.

“When you adopt a needy canine, you won’t find a better companion,” he says,“ whether you bring home a greyhound, a mystery mixed-breed or a purebred Labrador.”

About Irvin Cannon
Irvin Cannon was a poor kid growing up in Detroit when his family took in a stray dog. It surprised young Irvin that his father would be willing to share the family’s meager groceries with a dog, but he soon discovered the return on their investment was enormous. A former police officer in Detroit and Denver, he also worked as a corrections officer.