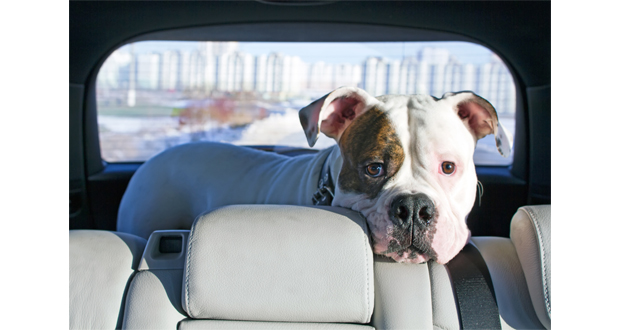 I was working as a hostess at a restaurant in Wilmington, North Carolina when two ladies walked through the door. They approached the hostess stand but before they asked for a table they wanted to let me know they were concerned about a dog barking in a car.

“There is a dog, in a crate, in a car and the poor thing is barking like crazy,” said the first woman. “And all the windows are rolled up!”

It was late afternoon at the end of June. And it was hot. Scattered storms throughout the day had darkened the skies, but the temperature was still lingering at around 80 degrees. Let’s just say depending on what study you believe if it is 80 degrees outside that means in less than twenty minutes temperatures inside the car can reach 100+ degrees if the car is parked in the shade? In the sun temperatures could skyrocket to 160 degrees inside a car.

After locating the owners of the vehicle I let them know as politely as possible that their dog may be in danger. Their response?

“We’ve been at the beach all day long and we are starving. We need to eat. I couldn’t leave the windows down because it’s about to rain and I can’t have rain getting in our car.”

Let that sink in just a bit. She can’t have rain getting in her car. She can’t have the inside of her car getting wet. But in the meantime it’s perfectly okay if her dog dies of heat stroke. Priorities, right?

There is a law in North Carolina (thankfully) that makes it a criminal act to leave your dog in a hot car. You can call the police and the owner would be cited for animal cruelty. And if the animal is suspected to be in imminent danger, first responders (Fire/Police) are allowed to legally break the window to remove the animal from the dangerous situation.

Bottom line: Don’t leave your pets in the car! Leave them at home!