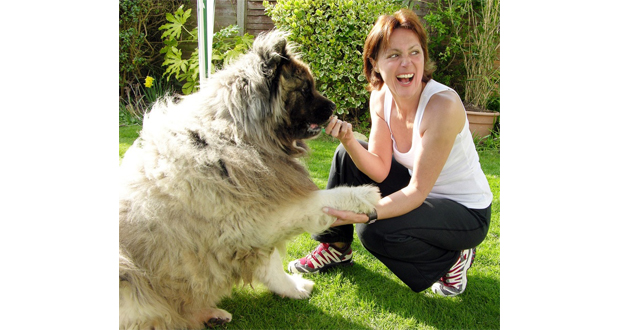 Canine companionship enriches life in many ways. According to the Centers for Disease Control and Prevention, pets can help keep blood pressure and cholesterol levels in check, as well as increase an owner’s physical activity level and sociability. And don’t forget the unconditional love, too.

For all they do for you, make their health and happiness a priority with help from these five essential apps.

Medical emergencies happen with dogs, just as they do with humans. Be prepared with this helpful app from the American Red Cross. It serves up step-by-step instructions for administering first aid in 25 common pet situations, including those requiring CPR. The app also helps you find the closest emergency veterinary hospital as well as dog-friendly hotels; information you need in the event of a natural disaster. It even includes helpful info on preventative health care and behavioral issues. The app covers kitties, too, for those with multi-species families. Compatibility: iPhone, iPad and iTouch with iOS 6.0 or later; Android devices with platform 2.3 or later. Cost: $0.99.

This cutting-edge app uses facial-recognition software to help reunite lost dogs with their family. Simply register your dog and upload their photo. If they ever go missing, report them lost in the app. It will do a facial-recognition search on photos of dogs found in your area and uploaded to the app. If someone has found your pet, you can connect by phone or through the app to coordinate their return.

John Polimeno, the app’s creator, funded research by the Software Development Center at the University of Utah to fine-tune human facial recognition, allowing it see beyond the fur and work on dogs, according to cnet.

Expand your social circle while walking your dogs with DoggyDatez. The location-based app allows you to “mark a territory” and see who else visits it, just like your dogs—without the peeing and sniffing, of course. Search by gender, age, dog gender, dog age and/or dog breed, then send friend requests to meet new people with pups. Mashable named this app to its 2014 “Must-Have Apps for Dog Owners” list. This app puts a dog-centric spin on social media. You can create a network of fellow dog lovers, share dog photos, “dig” other people’s posts, “mark your territory” to show where you’ve been, discover local providers of dog services and parks and rate the dog friendliness of businesses. Put this app at the top of your download list if single and looking for a partner who also loves dogs.

Spending on My Dog

Ever wonder how much you spend on pet care each year? This app will tell you. It allows you to budget and track spending in 14 dog-centric categories. You can even see in chart form how much you spent on treats and the like. This last app might not be a hit with your pups, unless you come in under budget! While life with your dog is mostly filled with fun and games, take it one pounce farther with the fun and precautionary apps on this list. As noted with each app, certain apps only work on certain devices. You may want to consider upgrading your phone if an app is not compatible. DogLand, for example, only works on devices that run iOS 7.0 or later, whereas Spending On My Dog only operates on Android devices.